The European Commission is preparing a bill for the continued development and implementation of AI solutions on the European market. Swedsoft has taken part and submitted our comments on the proposal. From our view the proposed legislation is likely to inhibit the innovation and market dynamics for AI-solutions in at least three ways connected to the following areas:

Definitions and the tool-centric approach

First, the categorization of AI-systems as well as different risk-levels are imprecise and associated with considerable regulatory hurdles that threaten to disincentivize innovators and entrepreneurs from having their work labelled as AI-systems. The proposal is built around a tool-centric view of AI, focusing ex ante regulation on its input characteristics rather than on its outputs. Put differently, you don’t need to regulate the shape and dimensions of a hammer to conclude that it is wrong to hit someone with it. Moreover, the phrasings in Article 5 related to output and “subliminal techniques” used to “distort a person’s behavior” in a way that causes “physical or psychological harm” lack proper definition and do not take human agency into account, making them near impossible to relate to practical use. This is an unwieldy way of regulating the impact of a new technology that severely limits the ways in which it can be developed through entrepreneurial experimentation.

Second, the regulatory burden introduced for several categories of AI-systems entails considerable compliance costs, which contribute to cementing the position of incumbent firms by increasing the barriers to entry for future competitors. The suggested introduction of regulatory sandboxes to counteract these effects lack empirical grounding and essentially introduces a governmental gatekeeping function to market entry. Furthermore, the proposed compliance costs do not just befall developers but to some degree also users of AI-systems. This is likely to inhibit the diffusion and uptake of new technologies classified as AI-systems.

Lacking scope and limitations of regulation

Third, the scope of the proposed legislation is vague and while strict in its intention, the wording is consistently relative, meaning there are not clear criteria for an AI-system to pass. In addition to this, failure to comply with this regulation is associated with extremely high fines, measured in millions of euros or percentage of the firm’s turnover, whichever is higher. The combination of relative benchmarking and sizable fines contributes to deteriorate the transparency and long-term reliability of the rules of the internal market. This uncertainty is strengthened by the proposal to allow the European Commission to amend the legislation through delegated acts.

Rather than adopting this tool-centric regulatory approach, the European Commission should propose specific regulation, where such is needed, targeting activities, outcomes and adversarial effects related to AI-applications that are not covered by existing legislation.

In view of this Swedsoft calls for significant changes to the proposed Artificial Intelligence Act to reflect the current state of and variation in AI-systems, market conditions for actors currently operating in the market as well as the conditions for new entrants and emergent innovations. Rather than adopting this ex ante tool-centric regulatory approach, the European Commission should propose specific regulation, where such is needed, targeting activities, outcomes and adversarial effects related to AI-applications that are not covered by existing legislation.

This article is a summary of our comments. You can read and download the full response here: Comments Regarding the Artificial Intelligence Act 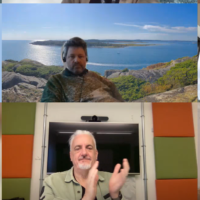 Meetings and activities In the beginning of 2022 we, together with the other organizations in our Vinnova funded project, Linneaus 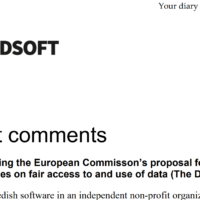 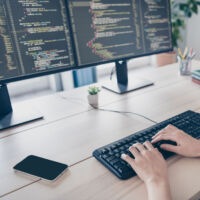 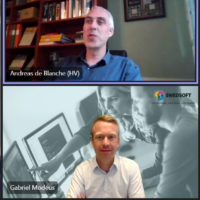 Andreas de Blanche is a senior lecturer in computer engineering at University West. His research deals with computer simulations and